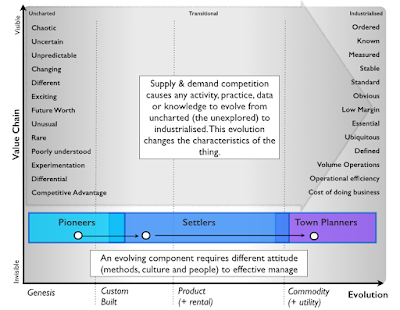 P.S. The mapping technique, the characteristics, the use of multiple methods, the pioneer / settler / town planner structure and a host of other stuff you'll find in this blog is all ... creative commons share alike. You can do this yourself. You don't need external consultants, license fees etc.
Posted by swardley at 7:44 pm