Back in the days of Fotango (circa 2000 to 2007), we used to talk about the difference between an average developer and a rock star as being 10-100x. I used a number of techniques to create centres of gravity, a good working environment, interesting projects and went on a rampage hiring almost every star Perl developer we could get our hands on through the open source community. We certainly acquired a selection of stars.

But, here's the rub. What I didn't realise fully at the time (but I do now) is that we also knew where to attack, what to commoditise and we had a very highly developed awareness of our environment and markets. We certainly didn't exploit this as well as we could but in terms of cloud, we were years ahead of the game.

Snippet 1 - Where we were and dealing with existing issues 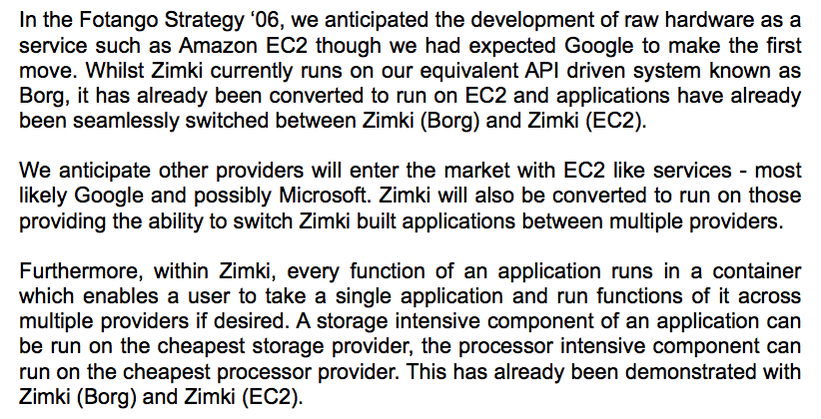 Snippet 4 - On the impacts of the Zimki PaaS 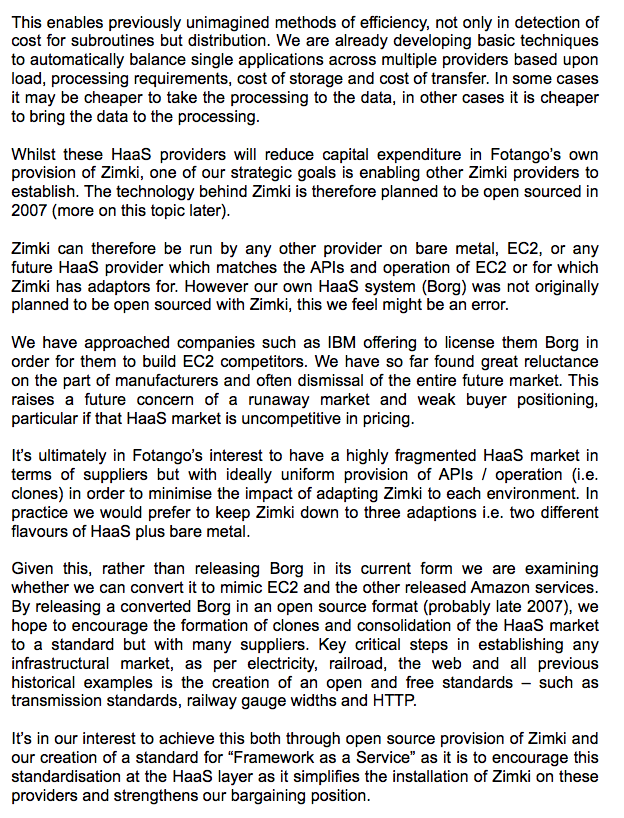 Alas, in an act of vandalism a well known consultancy gave the parent company advice that this stuff wasn't the future. But that's not what is important.

What's important here is that our strategic play came from our understanding of the environment and our use of techniques such as mapping. It's the same technique I used at Canonical when we took Ubuntu into the cloud against RedHat and others. There's also an array of gameplay that can be involved.

So what has this got to do with the 10xers? Well, this concept and the war for talent is all the rage but does it really help if you can build the thing faster, more efficiently and more well designed if you're building the wrong thing?

The problem that I commonly see is that situational awareness is so poor in business that most strategy is little more than copying others, gut feel, story telling and astrology. I'm no genius but if I'm playing a game of chess against you but only I can see the board then you're going to lose every time no matter how good your people are. Of course, if we all suck at gameplay then 10xers will certainly make a huge difference because the one who has them will get to experiment, trial and gain feedback faster.

The point of this post is simple - don't just assume that 10xers are the solution to your problem. You may just end up getting where you don't want to be, faster. Know where you need to attack i.e. make sure you have good situational awareness and exploit it. Finally, and most importantly, NEVER employ big name strategy consultancy firms (under any circumstances). Learn to play the game for yourself.
Posted by swardley at 1:09 am