I'm often asked questions about specific terms in mapping, so I thought I'd write something on the terms I use. Lets first start with the strategy cycle (a derivative of Sun Tzu and John Boyd). 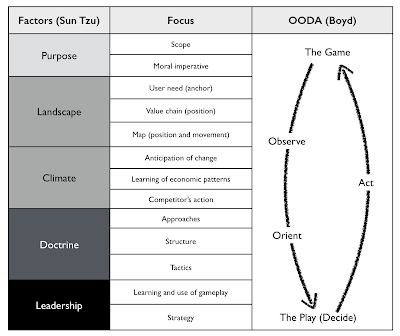 When I talk about Context then I'm covering Purpose (who you are, moral imperative, where you fit into the entire picture) and Landscape (your map). 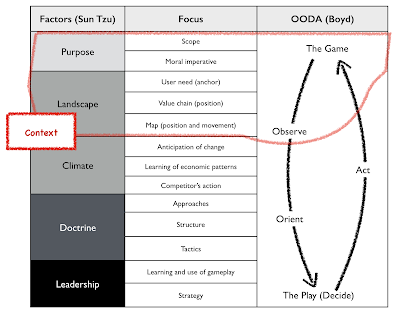 When I talk about your Environment, I'm not only talking about your Context but also how it is Changing (either common economic patterns, known competitor actions and things that can be anticipated). There are many context specific strategic plays but whether you play them is also influenced by your environment e.g. a competitor.  Hence, for example, I'm hardly going to play Fool's mate in chess against a competitor who is anything but a novice.

How well you understand your environment (i.e. the context and how it is changing) is situational awareness. Fortunately in business, most companies are atrocious at this because they can't even see context, let alone try to understand or anticipate changes to it. 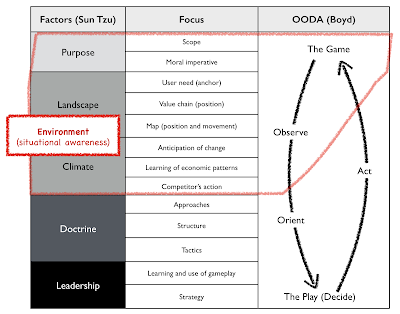 The most common tool I use to improve situational awareness is a map (basics of mapping can be found here). The map I'm using at a particular time to deal with a specific area of focus, I refer to as Actual. 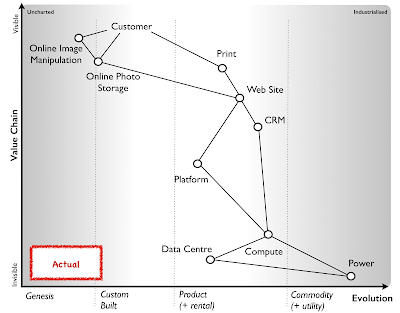 Each map has three domains. The uncharted space where exploration and gambling is a must. The industrialised space where more certainty rules and the in-between space of the transitional. Each domain has different patterns of economic competition. 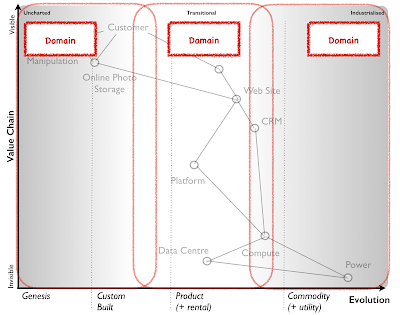 The map is also broken into four stages of evolution. 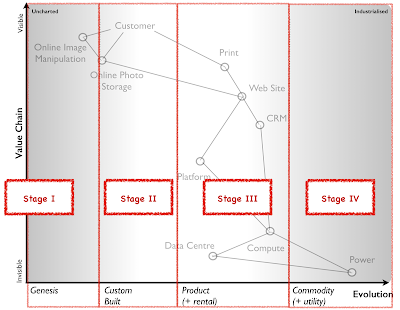 Now each stage has different properties i.e. the characteristics of things are not the same. I say things because you can map activities, practices, data and knowledge (i.e. different types of things). I've covered this in a previous post on what's in a Wardley map and how to use a cheat sheet for characteristics to determine stage. However, for reference the following table provides the connections between domains, stages and types. 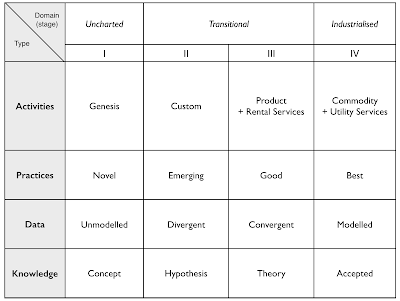 The map has an Anchor (the point it's built around). In my case, that anchor is the user and their need. In a geographical map it's the compass (this is north of that etc). 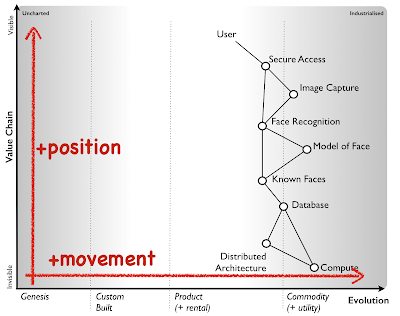 A map also contains many components which maybe of different types. 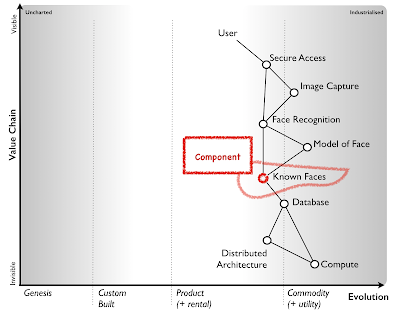 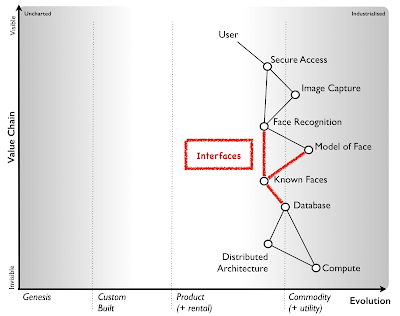 Within the map there also various forms of flow along these chains. Such a flow can be financial, information or risk but remember, it's not enough to optimise flow - you need to think about the context and how evolved the components are. It's far too easy to make an ineffective flow more efficient because you're ignoring evolution. 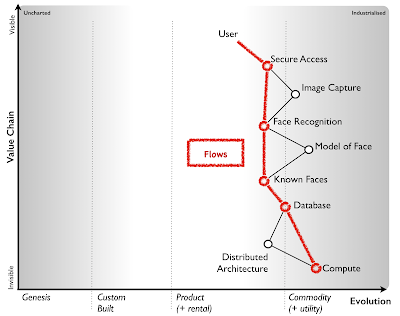 So, to summarise, I've provided a simple table of terms I use.