To API or not to API

Ok, we've covered so many times the importance of APIs in the ecosystem wars along with how to build and exploit models like ILC (innovate-leverage-commoditise) over the last seven years that I thought I wouldn't cover very old ground again.

I was asked when should you look at providing something as a public API? Well, take a look at your map (see figure 1). There are three areas to note. 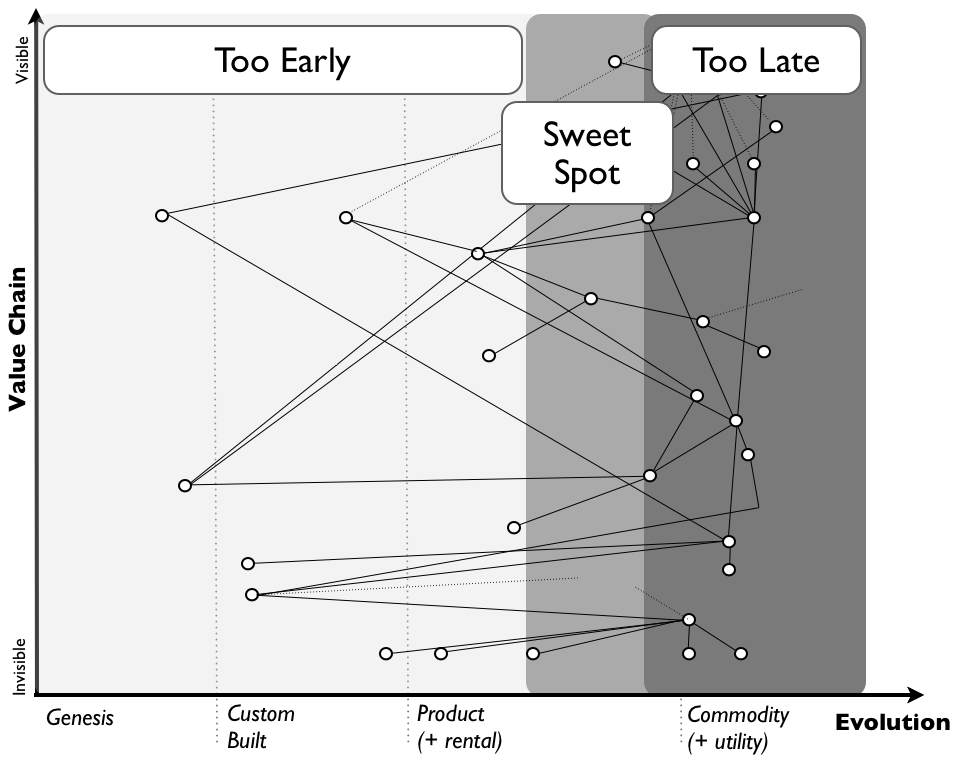 1) Too Early. The act is still evolving and unlikely to be suitable for provision as a pubic API due to its constantly changing nature.

2) Sweetspot. The act is becoming well defined and ubiquitous and is probably close to being suitable for provision as a public API. This is where you can take the most advantage, drive the act to a utility and prepare to build and exploit an ecosystem.

3) Too Late. The act is almost certainly already provided through a public API and so you should just consume. If not … whoot ahoy! … release a public API in double quick time.