Good news, the laggards are catching up ... again

Just been reading the articles on the New Work and Thinkers, Builder, Improvers and Producers.

Ok, we all know that organisations consist of value chains (figure 1) which consist of components that are evolving (figure 2) and that you can map this (figure 3). As those components evolve their characteristics change (figure 4) and the methods you need to apply vary (figure 5) hence you need to treat your value chains as units (figure 6). You can manipulate this environment through a whole host of techniques. Furthermore, if you count up the frequency of activities at different stages you can build a profile for an organisation (figure 7) and you apply a structure based upon evolution rather than type (figure 8) with pioneers, settlers and town planners.

Pioneers roughly equals their Builders. Settlers equates to their Improvers and Town Planners equals their Producers. All three groups need Thinkers. All good stuff, cutting edge thinking if you happen to be in 2008 or earlier (we started implementing the structure in 2004/5).

Unfortunately it's 2013 and now it looks like the laggards are finally starting to catch up. Fortunately a four party system based upon the characterisations described in the post will create its own problems and in order to manage this they'll need to have a good grasp of mapping.  Even better news is that without a clue on how evolution actually works then their strategies will still be endless tyrannies of "what and when" over "why", they'll talk about ecosystems but won't understand it and they will probably continue to describe many predictable things as disruptive innovation. They will almost certainly continue to jump between one fad and another - "we're an agile company", "we're a six sigma company" - and many probably won't understand let alone have adopted those next generation practices (figure 10) despite having years to do so.

Word to the wise though, you have to accept that they will eventually cotton on and so the hay days of just walking into an industry and helping yourself may soon be over. The Chancers (figure 11)  might actually start to learn how to fight rather than collapse as their predecessors have - Blockbuster, Kodak etc. Things might soon start to become a whole lot tougher but it'll take time.

Those delightful days of walking in and dominating an entire industry like cloud computing for less than a few hundred thousand dollars are gone.  Pity but don't worry, they will come again and we've still got a few years left to play the game before it settles down. By then the new worlds of 3D printing and intelligent agents should allow us to have fun again with new practices, new ways of dealing with evolutionary flow and new concepts to experiment with.

To describe the last decade of industrial competition as being like "stealing candy from a kid" in some quarters is reasonably fair. Biggest problem for the players has been which industry do you want to own next? However, it was always unreasonable to expect it to last. From what I'm reading, people are slowly starting to stumble upon what many of us now take for granted. We should expect companies to become a bit tougher to walk over in the next decade.

Your future competitors will map their environments, they will know how to play the various strategic games, they will build effective ecosystems and organise around evolution and they will have all those next generation characteristics ... get used to it.

So expect lots of books on these topics invariably described as "break through thinking" and "gaining competitive advantage through structure" and try not to laugh. Because the real joke may end up on us if we're not careful. The easy street is over and we have to move on, to find the new mechanism of exploitation to give us another good 5-10 year run of trampling once again. We need to get even tougher.

We should never ever forget that those models of understanding that create an advantage will eventually end up in a book somewhere. By which time any advantage has long gone and we need to have moved on as well.  But then, life just wouldn't be exciting if this wasn't the case.  If it wasn't for the laggards eventually catching up then we would never have to progress. Nothing is permanent, all practices and activities evolve and diffuse. Embrace this.

So celebrate this awakening, know that new mechanisms will be found as old mechanisms become common.  It'll take a decade for the practices to have spread by which time we will be chowing down on industries with new techniques that we haven't even yet considered ... just don't rest on your laurels. That's the way you become a laggard. 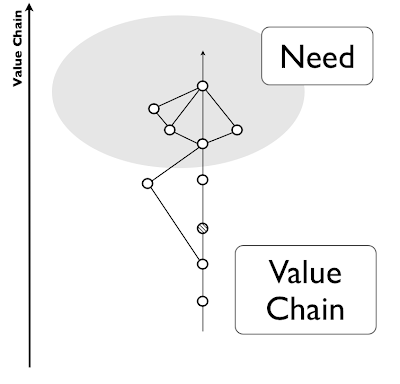 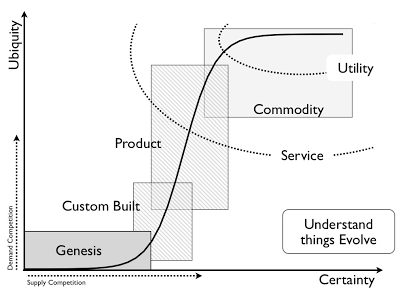 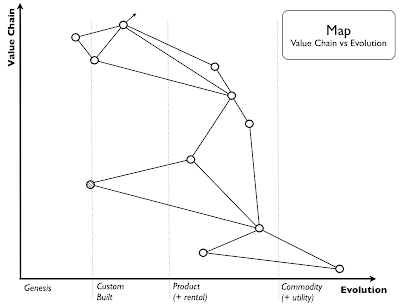 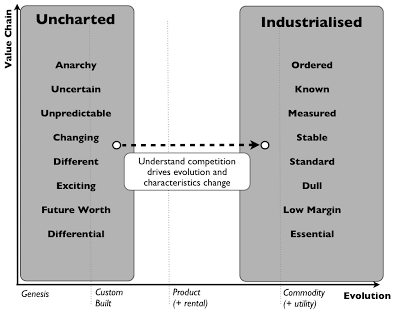 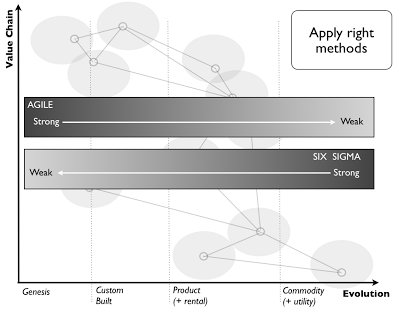 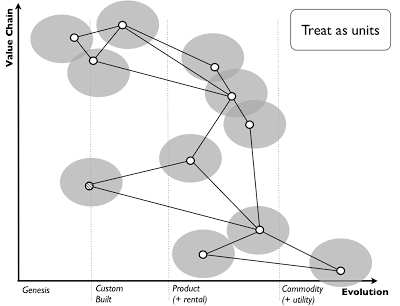 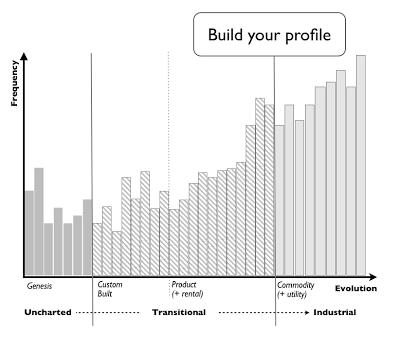 Figure 8 - Build a structure which reflects evolutions (circa 2008) 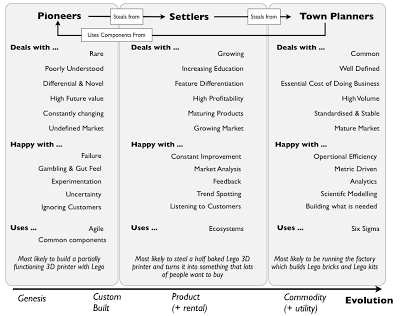 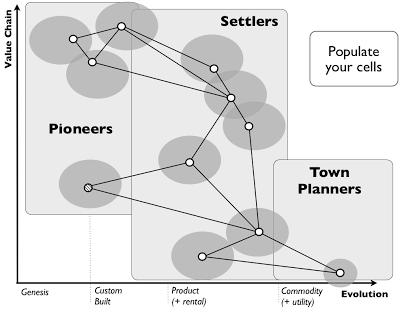 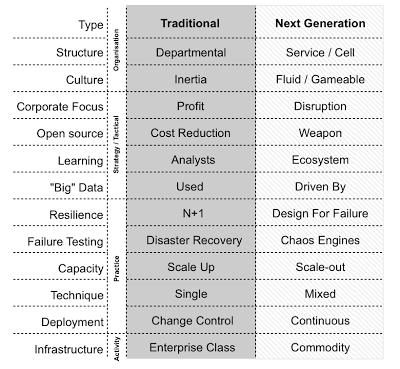 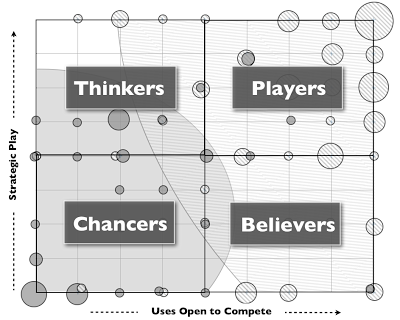