Show me a map!

A Geographical map is a map 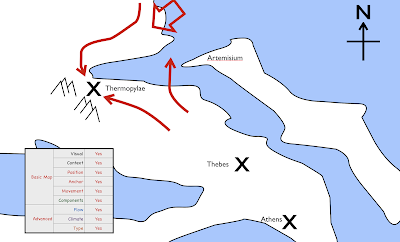 A Chessboard is a map 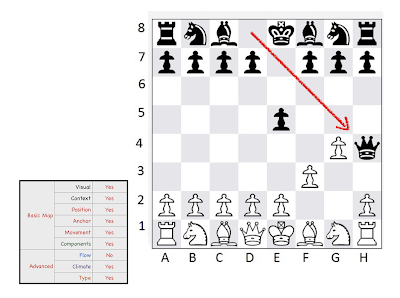 A Wardley map is a map 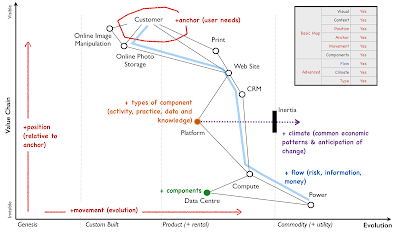 They are all maps because they share the most basic elements of a map which are visual, context specific, position (which requires an anchor e.g. compass, the board or user) and movement of the components. Some of them have advanced properties like flows of information between components (NB a flow between components is not the same as movement of a component). These maps are all useful for learning, communication and strategic gameplay.

I often visit new companies and they tell me that they use maps. I get excited and ask to look. Unfortunately what they show me are usually box and wire diagrams which lack basic elements of mapping. From a strategic point of view they are next to useless. They then often try to show me their strategy based upon their maps which invariably is the usually endless round of meme copying, consultant blah blah and wasted effort.

Please note, the following are NOT maps. That isn't to say that don't have their use, they do in specific context e.g. improving efficiency on an existing process. They can also be a damn good start towards mapping and are certainly better than nothing. But from a point of strategy or learning then these won't lead you to improved situational awareness. 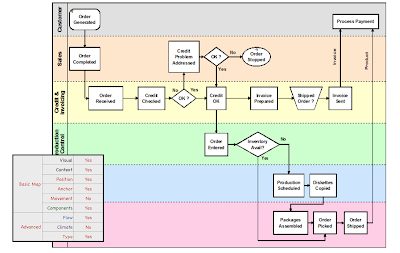 Mind Map (Lacks anchor, position, movement and is not a map) 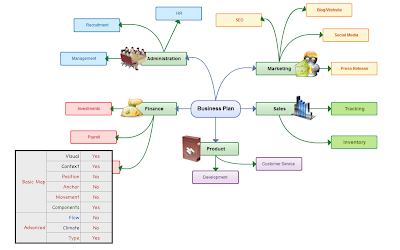 Flow diagrams (Lacks position, anchor and movement and is not a map) 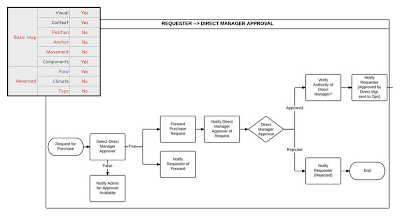 Value Stream Map (Lacks movement and anchor is not a map) 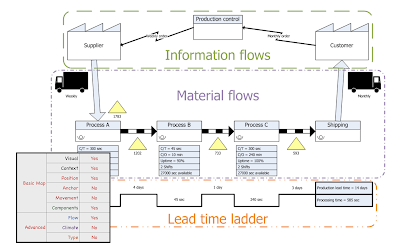 SWOT diagrams (Lacks pretty much everything, not a map) 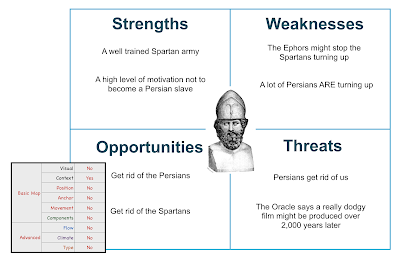 Strategy Map (Lacks position and movement, not a map) 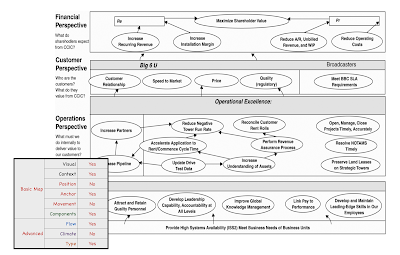 Trend Map (Lacks pretty much everything, not a map) 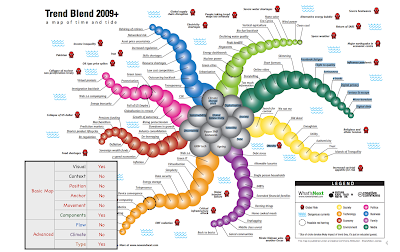 Tube like Map with bits added (Lacks pretty much everything, not a map) 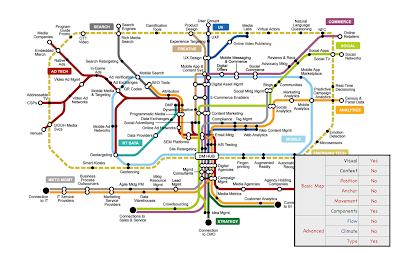 Customer Journey Map (Lacks position and movement. Not a map) 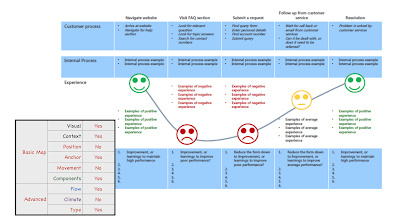