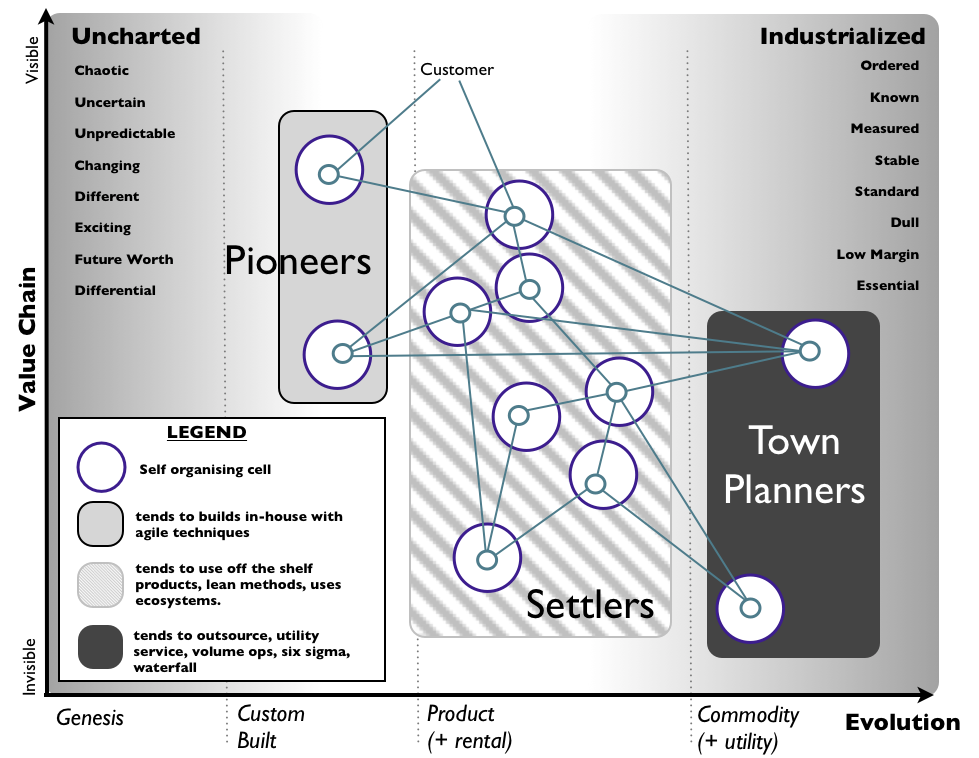 Only now I am a bit of a fan of this map... Still wondering though why you put "Theft" in the title. Seems to have been forgotten in the content of the article?

I don't think it was forgotten.
> " they steal from pioneers and productise it"

Each group 'steals' from each others. But its just a way of saying they collaborate or leverage other groups.

"The concept of Pioneers, Settlers and Town Planners is a derivative of Robert X. Cringely's description of companies as Commandos, Infantry and Police as expressed in the delightful 1993 book - Accidental Empires."

The language of brutal colonialism (pioneers, settlers and town planners) transformed into policing in the support of capitalism (empires). Not an accident, and not "delightful".


Thanks for the tips guys. They were all great. I have been having issues with being fat both mentally and physically. Thanks to you guys i have been showing improvements. Do post more.lisa