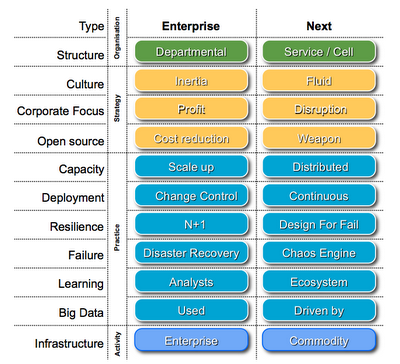 Brilliant post. Could you elaborate more when you say next organization "continuously challenges and removes processes".

As I see it, the IT system has been plugged out and business processes are being redesigned from scratch. Cloud has wound down the surrogate of IT, which, during the earlier phase of its evolution, became so huge,complex and surrogated Business itself. Am I missing anything here?

It's great, wish you success in the next blog, this is a post that we all should read at least once. I would love to keep track of your posts, it is really a useful source of information, wish you success.
jogos io net
friv Games to play
a10 games online

Something tells me that you should also check here some tips on how to write great essay on the USA high schools. This could be useful

They'll help with seating plans, advising on the best layouts for tables whether you have 60 guests or 250. They'll cater for different dietary needs, from vegans to ensuring halal and kosher foods. Most importantly they'll provide you with a schedule of how the reception will run with timings, from the ceremony itself, to photographs, providing luxurious settings in which to have your photo's taken.
kizi free online Games
free game online
friv free Games 2019

Thank you so much for this information, I’m always in touch with you. Update more information about this related blog. Visit OGEN Infosystem for custom website design in delhi.
Website Designing Company in Delhi

Very informative put up! This submit gives sincerely exceptional statistics. I locate that this put up is simply first rate. Thanks for this explanation and very nice information.