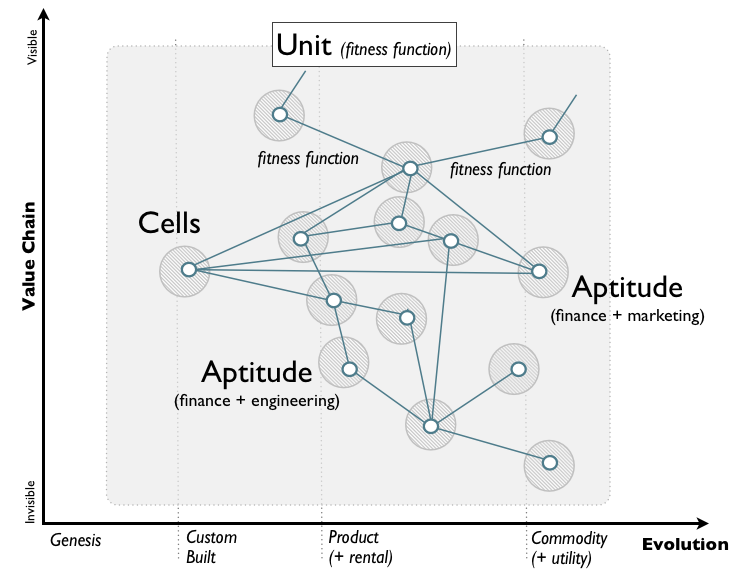 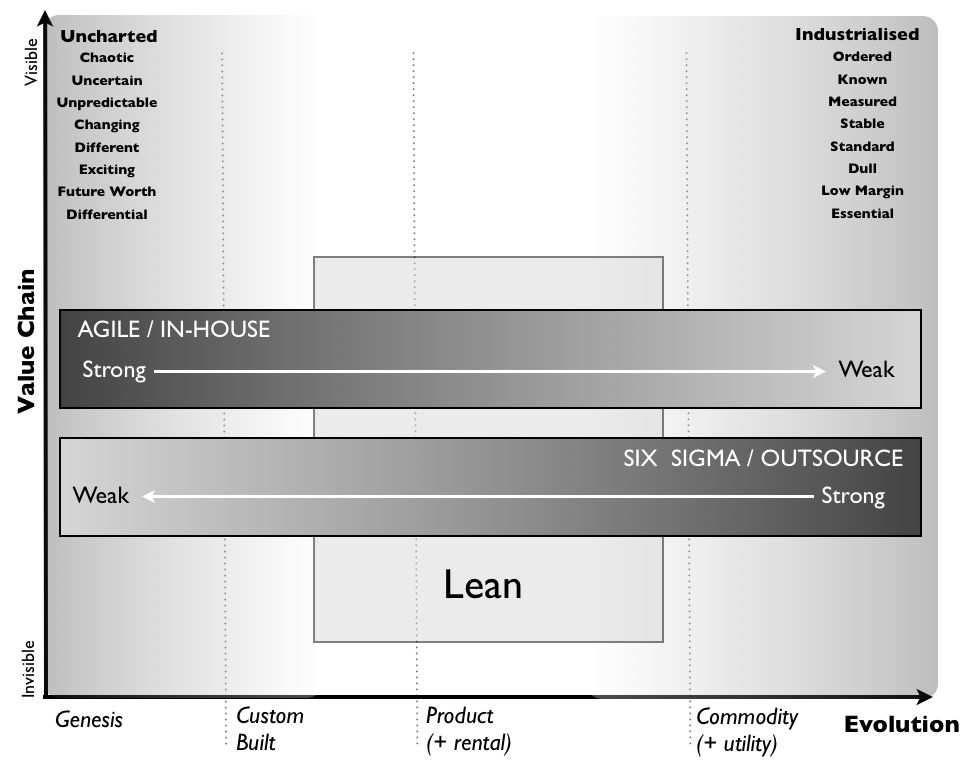 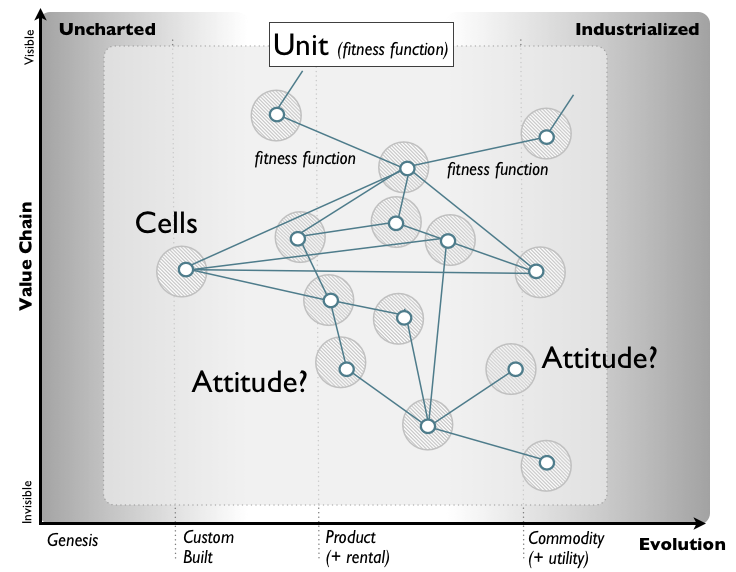 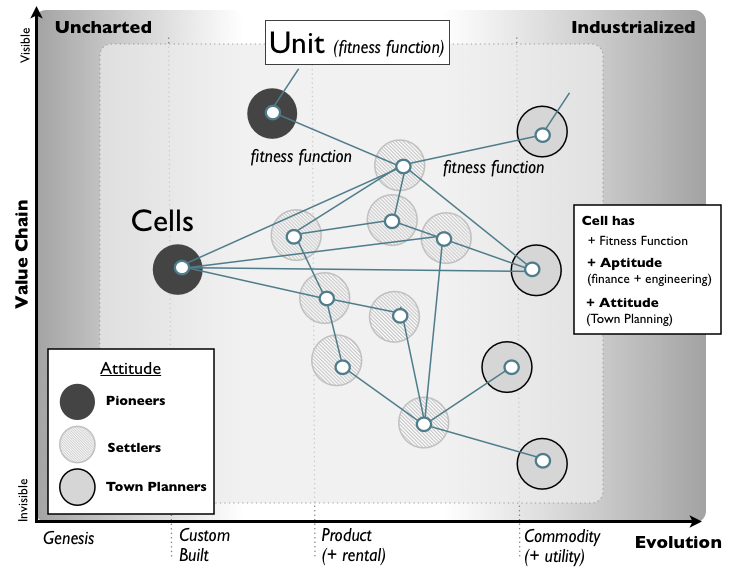 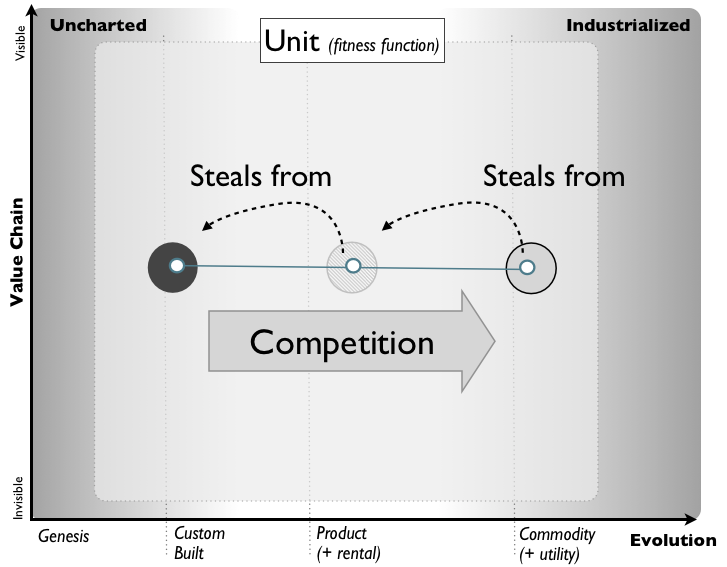 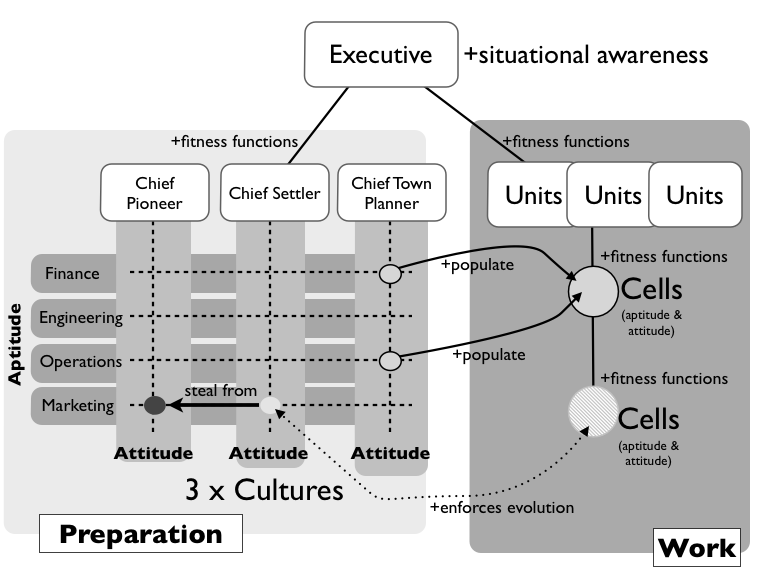 Parts of the structure are or have been implemented in different places. No single organisation seems to have fully covered both elements of aptitude & attitude combined with the needs of cell based structure i.e. companies are still learning, there is no book on this. I don't agree that our existing organisational structures (even Amazon's) represent the pinnacle of organisation. They are simply just a lot better than what most companies use.
Posted by swardley at 7:19 pm