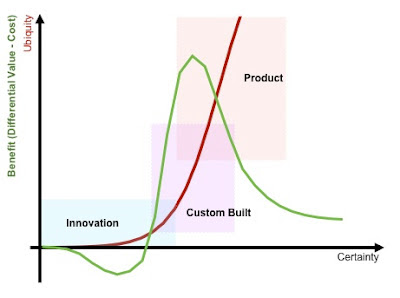 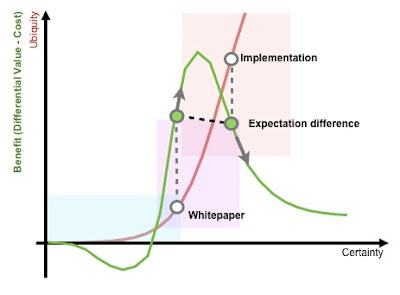 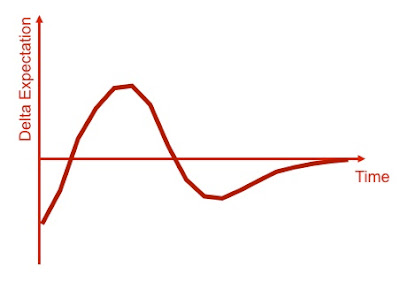 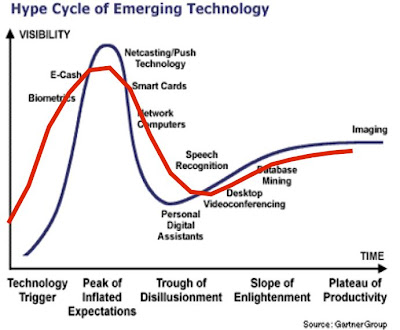 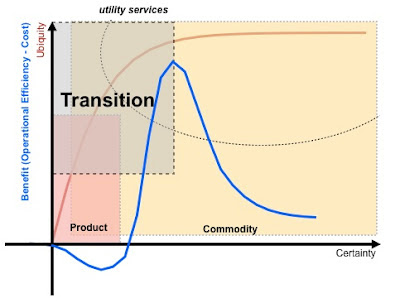 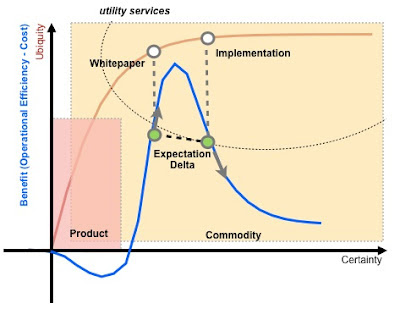 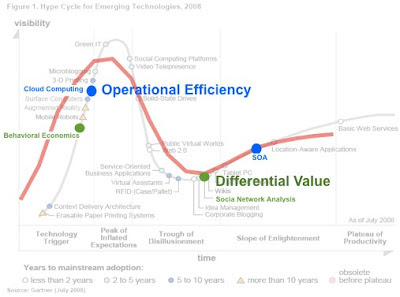 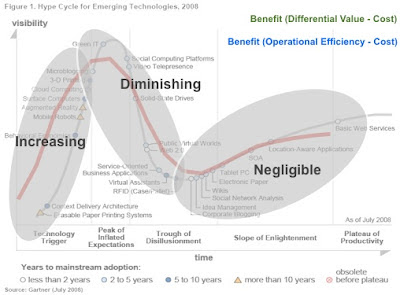 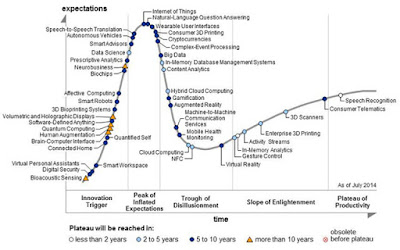 Thank you for that. It will require some pondering.

I agree up to a point, but I also see another effect around expectations in the early phases of new technologies.

Predictable "second order" problems in terms of implementation or deployment are ignored until too late in the cycle. There is a linear process of waiting until the problems actually manifest "for real" before they are dealt with.

This adds in huge amounts of delay and the "disillusionment", which could have been reduced if there were *parallel* efforts made on driving initial launch & growth, as well dealing with the forseeable "gotchas".

You'll never predict everything, but as an analyst I've repeatedly seen markets stall, because of issues that I'd identified a year or two before they become major obstacles.

It ought to be possible to "smooth out" at least some of the hype-cycle peak & trough.

Could Copyleft and Open source methods have a bearing? Copyleft and open source methods ensure that innovation can carry on during the exploitation of product. If a product fails or falls short in expectations it can forked and the best of the work can be extended. Will an infinite number of devs/forks create perfection or will the law of diminishing returns always apply?

Interesting points, personally I've never looked into how to smooth the curve simply because underneath this exists a lifecycle for which certainty is an axis i.e. in the early stages of an activity we cannot know whether it's going to be successful or what actual form it'll ultimately evolve to. We can only hint at a general progression.

To smooth it would imply some predictive capabilities. This might be possible with activities that are in the later stages of lifecycle and hence expectation curves are built around operational efficiencies.

However, the Hype Cycle has both types (differentials and efficiencies) and it's difficult to see how one could predict new activities.

If we see both operational efficiency and differential value as innovations (process innovation and value innovation), we would have common term to rely to - "innovation". In that case, seeing similar curve for both the cases, is not that surprising.

Of course, you need "value" to have the same "unit" as "cost", to buid curves in the first place, as you calculate the benefit. Finding such matching "unit" for innovation would be harder.

You can read here some tips on how to write a graduation speech. It could be a good idea to check it out beforehand